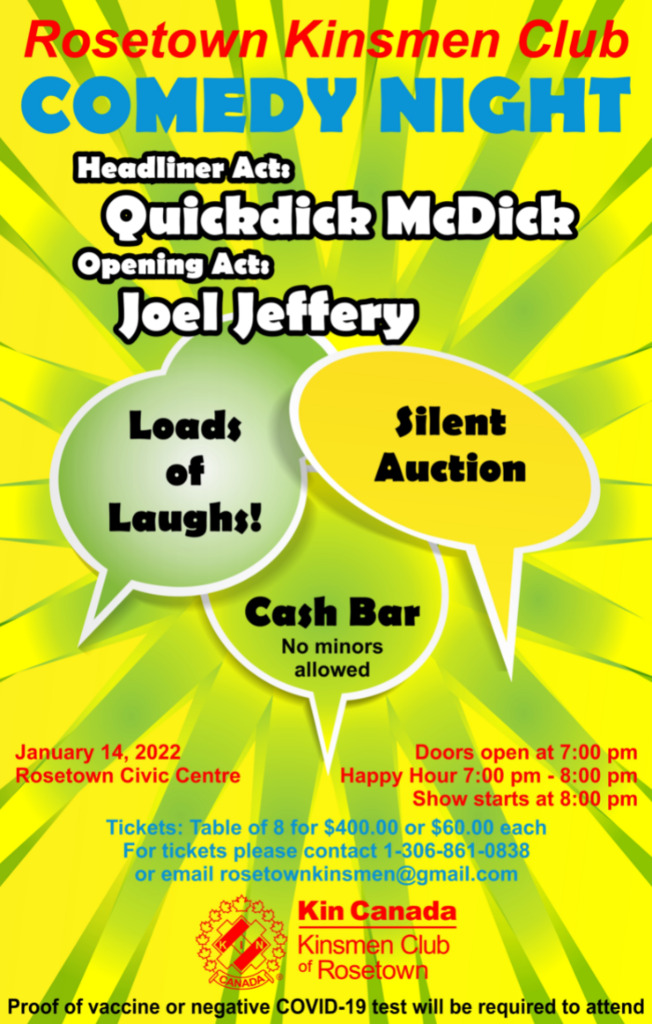 An evening of comedy with Joel Jeffery and Quckdick McDick.

Held at the Rosetown Civic Centre. Doors open at 7:00pm with show starting at 8:00pm.

Posted by Clark Gawryluik under Fundraising in West Central.